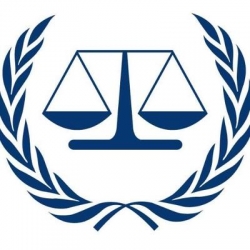 The International Criminal Court (ICC or ICCt) is an intergovernmental organization and international tribunal that sits in The Hague in the Netherlands. The ICC has the jurisdiction to prosecute individuals for the international crimes of genocide, crimes against humanity, and war crimes. The ICC is intended to complement existing national judicial systems and it may therefore only exercise its jurisdiction when certain conditions are met, such as when national courts are unwilling or unable to prosecute criminals or when the United Nations Security Council or individual states refer investigations to the Court. The ICC began functioning on 1 July 2002, the date that the Rome Statute entered into force. The Rome Statute is a multilateral treaty which serves as the ICC's foundational and governing document. States which become party to the Rome Statute, for example by ratifying it, become member states of the ICC. Currently, there are 124 states which are party to the Rome Statute and therefore members of the ICC. The ICC has four principal organs: the Presidency, the Judicial Divisions, the Office of the Prosecutor, and the Registry. The President is the most senior judge chosen by his or her peers in the Judicial Division, which hears cases before the Court. The Office of the Prosecutor is headed by the Prosecutor who investigates crimes and initiates proceedings before the Judicial Division. The Registry is headed by the Registrar and is charged with managing all the administrative functions of the ICC, including the headquarters, detention unit, and public defense office. The Office of the Prosecutor has opened ten official investigations and is also conducting an additional seven preliminary examinations. Thus far, 39 individuals have been indicted in the ICC, including Ugandan rebel leader Joseph Kony, Sudanese president Omar al-Bashir, Kenyan president Uhuru Kenyatta, Libyan leader Muammar Gaddafi, and Ivorian president Laurent Gbagbo.