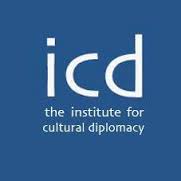 In the current increasingly globalized world, individuals, corporations and governments from across the globe are becoming more integrated than ever before and have the ability to exchange information faster and more efficiently; Thus, inter-cultural relations have become increasingly important in the 21st century. Cultural diplomacy has long been recognized as a prime instrument to promote international links and understanding between countries and peoples; The Institute for Cultural Diplomacy was founded with this aim in mind.

Founded in 1999, the Institute for Cultural Diplomacy (ICD) is an international, not-for-profit, non-governmental organization with headquarters in Berlin (since 2003), and the USA.