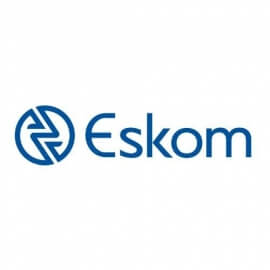 Eskom is a South African electricity public utility, established in 1923 as the Electricity Supply Commission (ESCOM) by the government of South Africa in terms of the Electricity Act (1922). It was founded by a parliamentary act, namely the Electricity Act of 1922, which allowed the Electricity Control Board to appoint Hendrik Johannes van der Bijl as the Chairman of the Board. The company was also known by its Afrikaans name Elektrisiteitsvoorsieningskommissie (EVKOM). The two acronyms were combined in 1986 and the company is now known as Eskom. Eskom represents South Africa in the Southern African Power Pool. The utility is the largest producer of electricity in Africa, is among the top seven utilities in the world in terms of generation capacity and among the top nine in terms of sales. Eskom operates a number of notable power stations, including Kendal Power Station, and Koeberg nuclear power station in the Cape Province, the only nuclear power plant in Africa. The company is divided into Generation, Transmission and Distribution divisions and together Eskom generates approximately 95% of electricity used in South Africa. Due to the South African governments attempted privatisation of Eskom in the late 1990s, Eskom's requests for budget to build new stations were denied. President Thabo Mbeki said in December 2007 that this was an error, and it is now adversely affecting the South African economy. In January 2008 Eskom introduced "load shedding", planned rolling blackouts based on a rotating schedule, in periods where short supply threatens the integrity of the grid. Demand-side management has focused on encouraging consumers to conserve power during peak periods in order to reduce the incidence of load shedding.