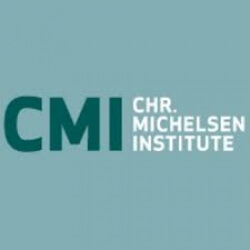 The Chr. Michelsen Institute (CMI) was founded in 1930, and is currently the largest centre for development research in Scandinavia. CMI is an independent, non-profit research foundation for policy-oriented and applied development research. Headed by the director Ottar MÃ¦stad, it employs 40 social scientists, primarily anthropologists, economists and political scientists. CMI receives core funding from the Norwegian Research Council (NFR) and project support from Norwegian state ministries and agencies, and Norwegian and international non-governmental organisations. CMI hosts the Anti-Corruption Resource Centre, also referred to as U4.