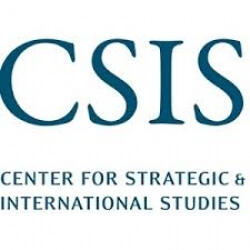 Center For Strategic And International Studies

The Center for Strategic and International Studies (CSIS) is a prominent American think tank based in Washington, D.C., in the United States. The center conducts policy studies and strategic analyses of political, economic and security issues throughout the world, with a specific focus on issues concerning international relations, trade, technology, finance, energy and geostrategy. In the University of Pennsylvania's 2013 Global Go To Think Tanks Report, CSIS is ranked the number one think tank in the world for security and international affairs and was also ranked as the 4th best overall think tank in the world. It has been called "one of the most respected of Washington think tanks." Since its founding, CSIS "has been dedicated to finding ways to sustain American prominence and prosperity as a force for good in the world," according to its website. CSIS is officially a bipartisan think tank with scholars that represent varying points of view across the political spectrum. The think tank is known for inviting well-known foreign policy and public service officials from the U.S. Congress and the executive branch including those affiliated with either the Democratic or the Republican Party as well as foreign officials of varying political backgrounds. It has been labeled a "centrist" think tank by U.S. News & World Report The center hosts the Statesmen's Forum, a bipartisan venue for international leaders to present their views. Past speakers have included UN Secretary General Ban Ki Moon and National Security Advisor Tom Donilon. The center also conducts the CSIS-Schieffer School Dialogues, a series of discussions hosted by Bob Schieffer, of CBS News, in addition to the Global Security Forum, with keynote addresses by Defense Department officials including current Secretary of Defense Chuck Hagel. In 2013, CSIS moved from its K Street headquarters to a new location on Rhode Island Avenue in Washington, D.C.. The new building cost $100 million to build and will have a studio for media interviews as well as room to host conferences, events, lectures and discussions. The building is located in Washington, D.C.'s Dupont Circle neighborhood and will earn LEED Platinum Certification.