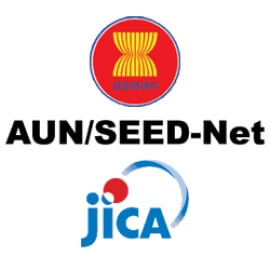 Initiated by former Japanese Prime Ministers H.E. Mr. Hashimoto and Mr. Obuchi at the Japan-ASEAN Summit Meeting in 1997 and at the ASEAN-Plus-Three Summit Meeting in 1999, respectively, the Southeast Asia Engineering Education Development Network (SEED-Net) Project, was officially established as an autonomous sub-network of the ASEAN University Network (AUN) in April 2001 (AUN/SEED-Net) aimed at promoting human resources development in engineering in ASEAN. To date the Network consists of 26 leading Member Institutions (selected by the Ministries in charge of higher education of respective countries) from 10 ASEAN countries with the support of 14 leading Japanese Supporting Universities (selected by Japanese Government).