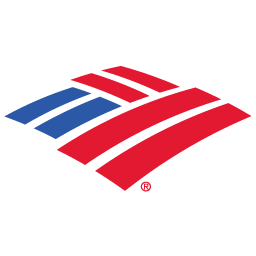 Bank of America (abbreviated as BofA) is a multinational banking and financial services corporation headquartered in Charlotte, North Carolina. It is ranked 2nd on the list of largest banks in the United States by assets. As of 2016, Bank of America was the 26th largest company in the United States by total revenue. In 2016, it was ranked 11 on the Forbes Magazine Global 2000 list of largest companies in the world.