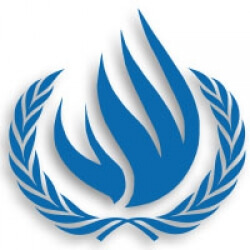 Open to students of African descent living in Diaspora

Details about UNHR Fellowship Program for People of African Descent, 2017

UNHR Fellowship Program for People of African Descent, 2017 is offered for Conferences & Travel Grants degree in the field of Human rights system, instruments and mechanisms. You can apply to this scholarship here. The deadline for the sending your application is 31 May 2017. This scholarship is provided by United Nations Human Rights (UNHR) and the value of this scholarship is Full Funding, return ticket + basic health insurance + stipend for accommodation & other expenses . This scholarship is open for: Open to students of African descent living in Diaspora.

UNHR Fellowship Program for People of African Descent, 2017 will provide applicants with an opportunity to grow their understanding of the United Nations human rights system, instruments, and mechanisms, focusing issues of relevance to people of African descent.

Source : United Nations Human Rights (UNHR)
Disclaimer: All Content, Logo and Company names are registered trademarks of their respective holders. Use of them does not imply any affiliation with or endorsement by them.
Report inaccuracy in this page

The United Nations Human Rights Council (UNHRC) is a United Nations System inter-governmental body whose 47 member states are responsible for promoting and protecting human rights around the world. The UNHRC is the successor to the UN Commission on Human Rights (UNCHR, herein CHR), and is a subsidiary body of the UN General Assembly. The council works closely with the Office of the High Commissioner for Human Rights (OHCHR) and engages the United Nations' special procedures. The General Assembly established the UNHRC by adopting a resolution (A/RES/60/251) on 15 March 2006, in order to replace the previous CHR, which had been heavily criticised for allowing countries with poor human rights records to be members. The UNHRC has addressed conflicts including the Israeli-Palestinian conflict and also addresses rights-related situations in countries such as in Burma, Guinea, North Korea, CÃ´te d'Ivoire, Kyrgyzstan, Syria, Libya, Iran, and Sri Lanka. The UNHRC also addresses important thematic human rights issues such as freedom of association and assembly, freedom of expression, freedom of belief and religion, women's rights, LGBT rights, and the rights of racial and ethnic minorities. Secretaries General Kofi Annan and Ban Ki-moon, former president of the council Doru Costea, the European Union, Canada, and the United States have accused the council of focusing disproportionately on the Israeliâ€“Palestinian conflict. The United States boycotted the Council during the George W. Bush administration, but reversed its position on it during the Obama administration. Beginning in 2009 however, with the United States taking a leading role in the organization, American commentators began to argue that the UNHRC was becoming increasingly relevant. The UN General Assembly elects the members who occupy the UNHRC's 47 seats. The General Assembly takes into account the candidate Statesâ€™ contribution to the promotion and protection of human rights, as well as their voluntary pledges and commitments in this regard. The term of each seat is three years, and no member may occupy a seat for more than two consecutive terms. The seats are distributed among the UN's regional groups as follows: 13 for Africa, 13 for Asia, six for Eastern Europe, eight for Latin America and the Caribbean (GRULAC), and seven for the Western European and Others Group (WEOG). The General Assembly, via a two-thirds majority, can suspend the rights and privileges of any Council member that it decides has persistently committed gross and systematic violations of human rights during its term of membership. The resolution establishing the UNHRC states that "members elected to the Council shall uphold the highest standards in the promotion and protection of human rights". On 18 June 2007, one year after holding its first meeting, the UNHRC adopted its Institution-building package, which provides elements to guide it in its future work. Among the elements was the Universal Periodic Review. The Universal Periodic Review assesses the human rights situations in all 193 UN Member States. Another element is an Advisory Committee, which serves as the UNHRCâ€™s think tank, and provides it with expertise and advice on thematic human rights issues, that is, issues which pertain to all parts of the world. A further element is a Complaint procedure, which allows individuals and organizations to bring complaints about human rights violations to the attention of the Council. On 11 July 2013, envoys from both Syria and Iran announced that they would attempt to run for a seat in 2014. This has sparked controversy among the international community.

Scholarships for students in Uganda 2023