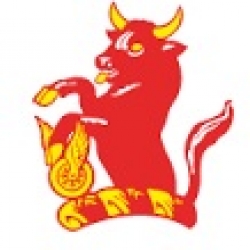 Source : Nuffield Australia Farming Scholars
Disclaimer: All Content, Logo and Company names are registered trademarks of their respective holders. Use of them does not imply any affiliation with or endorsement by them.
Report inaccuracy in this page

William Morris left school at 12 and started work in Oxford, repairing punctures of undergraduates’ bicycles. Quite early on, he showed considerable engineering skills, and soon constructed his own bicycle, and then a motorbike. The first Morris car followed, to found one of the great marques of the early twentieth century at Cowley.

Morris himself was a man of simple tastes, cantankerous but single minded in his love of Britain and the Commonwealth, and in his dislike of Socialism. In 1943 he seems to have had a gut feeling that the Socialists would come to power after the War, which was, at that time, at a particularly difficult stage, and wished to see his considerable fortune safeguarded from Government takeover.

He, by then, Lord Nuffield, had already given away more than £20m to various charitable bodies, from one of which I derived considerable benefit. The Nuffield Trust for the Forces of the Crown built Clubs for Officers and Other Ranks which were widely appreciated and later built recreational facilities and sailing boats for the Services. But in 1943 he endowed the Nuffield Foundation with 4 million five shilling Morris Motors shares, which were then standing at about 50 shillings each.

His financial advisor, Sir William Goodenough, who, at 24 years of age, had been Morris’s bank manager in Oxford, became Chairman of the Foundation, whose objects were “The advancement of health and social bell-being, and the care and comfort of the aged poor”. The early years were notable for the quality of distinguished persons who became trustees – men and women eminent in medicine and science – who included Professor Sir Frank Engledow, who was Drapers’ Professor of Agriculture at Cambridge. Goodenough had sat on several committees with Engledow and was impressed with his wide interests in the field of health, as well as agriculture. At the centre of the Nuffield web was Leslie Farrer-Brown, ex LSE and Government, who was to become the Foundation’s first Director at the age of 40, and who remained at the helm for 21 years.

Scholarships for students in Australia 2021