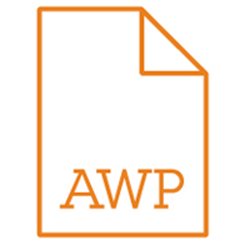 Open to US Nationals

Contemporary literature and AWP have benefited from the efforts of many teachers, writers, editors, and administrators who have done their utmost to help the next generation of writers find their way as artists and as literary professionals. In bestowing the annual George Garrett Award for Outstanding Community Service in Literature, AWP recognizes a few of those individuals who have made notable donations of care, time, labor, and money to support writers and their literary accomplishments.

The award is named for George Garrett (1929-2008), who made exceptional contributions to his fellow writers as a teacher, mentor, editor, friend, board member, and good spirit. Garrett served for many years as the editor of Intro, an annual anthology of work by emerging writers; he served as one of the founding members of the AWP Board of Directors; he taught creative writing and literature for more than forty years; and he authored more than thirty books. As a writer, teacher, mentor, editor, or inspiration, Garrett helped many young writers who are now major contributors to contemporary letters. The award includes a $2,000 honorarium, in addition to travel, accommodations, and registration to attend AWP's annual conference, where the award is publicly announced and conferred.

The award will be given to a living individual who has demonstrated exceptional generosity and Service to writers by excellent work in one or more of the following activities:

• Serving as a mentor, supporter, or guide to writers

To receive the award, the recipient must be willing to travel to the AWP Annual Conference

Source : Association of Writers & Writing Programs
Disclaimer: All Content, Logo and Company names are registered trademarks of their respective holders. Use of them does not imply any affiliation with or endorsement by them.
Report inaccuracy in this page