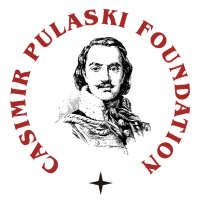 Any field of study

Open to applicants of Europe, Africa and Asia

Source : Casimir Pulaski Foundation
Disclaimer: All Content, Logo and Company names are registered trademarks of their respective holders. Use of them does not imply any affiliation with or endorsement by them.
Report inaccuracy in this page

The Foundation concentrates its research on two subjects: transatlantic relations and Russia and the post-Soviet sphere. It focuses primarily on security, both in traditional and non-military dimensions, as well as political changes and economic trends that may have consequences for Poland and the European Union. The Casimir Pulaski Foundation is composed of over 60 experts from various fields. It publishes the Pulaski Policy Papers, the Pulaski Report, and the Pulaski Commentaries. The Foundation experts cooperate with media on a regular basis.

Scholarships for students in Poland 2022