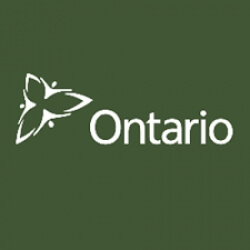 The Government of Ontario (French: Gouvernement de l'Ontario) refers to the provincial government of the province of Ontario, Canada. Its powers and structure are set out in the Constitution Act, 1867. In modern Canadian use the term "government" refers broadly to the cabinet (formally the Executive Council of Ontario) of the day, selected from members the Legislative Assembly of Ontario, and to the non-political civil service staff within each provincial department or agency. The civil service that manages and delivers government policies, programs, and services is called the Ontario Public Service. The province of Ontario is governed by a unicameral legislature, the Legislative Assembly of Ontario, which operates in the Westminster system of government. The political party that wins the largest number of seats in the legislature normally forms the government, and the party's leader becomes premier of the province, i.e., the head of government. Due to the location of the Ontario Legislative Building on the grounds of Queen's Park, the Ontario government is frequently referred to by the metonym "Queen's Park".