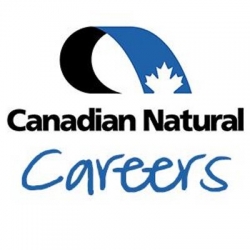 Canadian Natural Resources Limited, or CNRL or Canadian Natural, is an oil and gas exploration, development and production company with its corporate head office in Calgary, Alberta. Along with its core area Western Canadian Sedimentary Basin (WCSB),, CNRL also has North Sea and offshore West Africa fields. By 2011, with a production of 121,000 barrels (19,200 m3), CNRL was Canada's largest oil company and Canada's "single biggest conventional heavy oil producer." By 2009 CNRL ranked number 251 on the Forbes Global 2000 list. CNRL is one of the largest independent crude oil and natural gas producers in the world, with its head office in Calgary, and operations focused in the Western Canadian Sedimentary Basin, the North Sea and offshore West Africa.